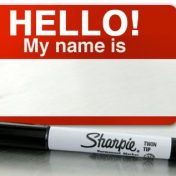 Several years ago hundreds of physicians and researchers gathered for the convention of the American Heart Association in Atlanta. They were meeting to discuss, among other things, the importance of a low-fat diet for cardiac health.  Observers pointed out, however, that their rate of consumption of fat-filled fast foods was almost identical to that of other conventions. One cardiologist in… Read more »

Church is one of the best places in the world to hide. No, not from vampires, werewolves, and the walking dead.  That’s Hollywood stuff. Church is where people can avoid faith and avoid God by becoming religious. Churches are often filled with respectable people, or people who are doing their utmost to look respectable. And it was the respectable people… Read more » 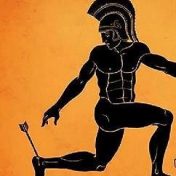 According to Greek mythology, the seemingly invincible warrior Achilles was saddled with the original Achilles heel.  His mother Thetis, in an effort to endow her infant with immortality, had dipped him into the river Styx. Unfortunately, his left heel never made it into the water.  That’s the place where she had been holding him.  Having one small point of vulnerability… Read more »