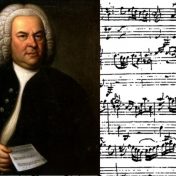 Johann Sebastian Bach (1685-1750) is deservedly regarded as one of the great musical composers of all time.  During his own lifetime, however, Bach was largely ignored. He did not have a university degree.  He had a reputation for being difficult to work with.  He became the musical director of the four principal Lutheran churches in Leipzig, Germany, but only after the search… Read more »