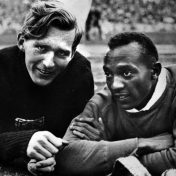 It’s known as the “greatest 45 minutes in sports history.” In May 1935, at the annual Big Ten track meet at Ann Arbor, Michigan, an extraordinary athlete named Jesse Owens set three world records and tied a fourth in less than one hour. Owens, who represented Ohio State University, tied the world record for the 100-yard dash, then established new… Read more » 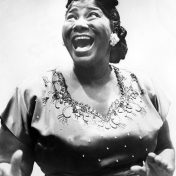 Throughout the 1950s Mahalia Jackson, the Queen of Gospel, sang to packed-out church sanctuaries and public auditoriums. Numerous agents and producers beckoned her to do what is now called crossing over:  She ought to go secular.  She could be big.  She could become the most powerful musical presence in America.  She could make a fortune. But Jackson answered only to… Read more »