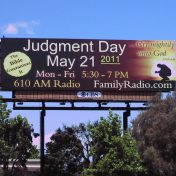 Throughout Lent, we’re exploring the parables of Jesus – the two dozen or so stories that were his chief means of describing the reality of God’s rule on earth.  It’s called the Great Disappointment. No, we’re not talking about the performance of Big Ten basketball teams during the first weekend of March Madness. Tens of thousands of followers of William… Read more »