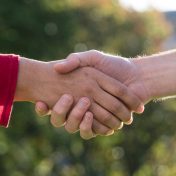 To listen to this reflection as a podcast, click here. In 1789, the newly formed U.S. Senate wrestled with a difficult question for almost a month. How should American citizens address their new president? The nation was only a few years old, born of an armed revolution against the tyranny of English monarchs. Surely, therefore, we wouldn’t want to perpetuate the lofty titles normally… Read more » 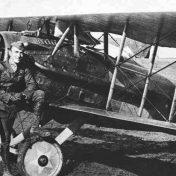 Real men don’t use parachutes.  That, at least, was the official position of America’s military commanders during World War One.  The “Great War” (1914-1918) was the first time that airplanes were used in combat, or that anyone even imagined they had strategic military value. When Captain Eddie Rickenbacker – America’s “ace of aces” with 26 confirmed aerial victories – first squeezed into the… Read more » 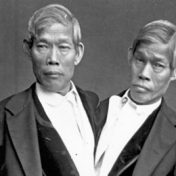 Just because you’re close to somebody doesn’t mean you’re actually close to somebody. The original Siamese twins were a memorable case in point. Chang and Eng (who later took the surname Bunker) were born in 1811 in Siam, or modern-day Thailand.  They were conjoined twins who were united at the sternum by a five-inch strip of cartilage.  Chang and Eng did everything together. … Read more » 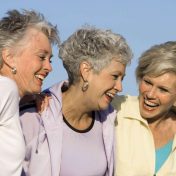 Throughout July we’re taking an in-depth look at Proverbs, the Bible’s one-of-a-kind book about our never-ending need for wisdom. “The best things in life are…not things.”  The secret of human happiness is no big mystery.  It’s relationships – close, healthy, and enduring relationships.  The first thing about creation that God said was “not good” was the aloneness of the first… Read more » 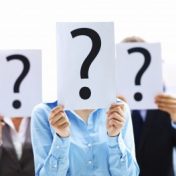 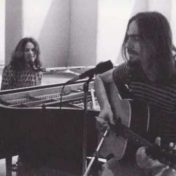 Just yesterday morning they let me know you were gone; Suzanne, the plans they made put an end to you.  Those are the opening lines to the folk ballad Fire and Rain, the 1970 song that established James Taylor as one of America’s up-and-coming rock artists.  His state of mind was precarious.  Struggling with depression and a downward spiral of… Read more » 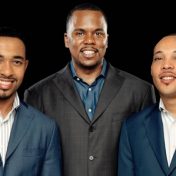 “We are not ourselves by ourselves.”  (Eugene Peterson) Most of us, at one time or another, cherish a dream of making a difference – of helping to transform this broken world.  All too often such dreams die.  We may run out of resources or resolve or sufficient discipline to stay on the path.  But if we are blessed with the… Read more » 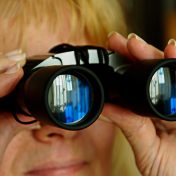 Every week at the Sunday School I attended as a child, the superintendent closed our brief worship service with the same words. “Let’s all join in the Mizpah Benediction.”  Then we would recite, in lyrical King James English: The Lord watch between me and thee while we are absent one from another. I have no doubt that our superintendent, a… Read more »