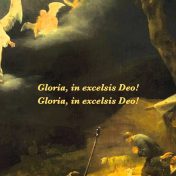 Christmas carols are a bit like chili. There’s more than one great recipe out there.  And surprising combinations can sometimes bring the best results. Angels We Have Heard on High is an excellent example.  The tune is French.  The most familiar verses, penned by James Chadwick in 1862, are English.  The refrain (Gloria in excelsis Deo, or “Glory to God… Read more » 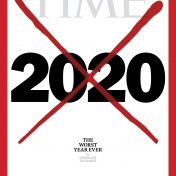 2020 has been a dumpster fire. This week an Indianapolis resident hauled a dumpster into his front yard and invited his neighbors to record their feelings about the current calendar year.  Some scrawled “good riddance.”  Others recorded jokes, jingles, and borderline poetry.  At least one resorted to expletives.  In a few days the dumpster’s trashy contents will be ceremonially torched… Read more » 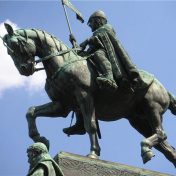 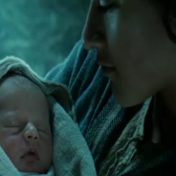 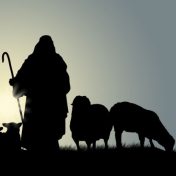 Noel is a French word that means “birth of God,” which speaks to the mystery at the heart of Christmas. But the familiar carol called The First Noel is English through and through. No amount of research has turned up the composer of the tune or the author of the verses, but historians suspect they may go back as far… Read more » 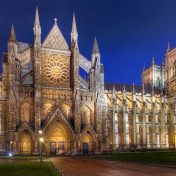 In the 1740s, it was neither safe nor popular to be Roman Catholic in England. John Francis Wade was an English composer who met many of his exiled countrymen, persecuted Catholics, while working in France. Moved by their spiritual traditions, he penned the Latin song Adeste Fidelis (“Come, faithful ones”). Ironically O Come, All Ye Faithful quickly became a favorite… Read more » 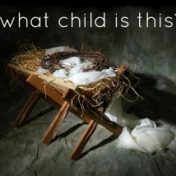 Father Gregory Boyle is the founder and director of Homeboy Industries in Los Angeles, a widely acclaimed gang intervention program. It’s a ministry that involves considerable heartache.  As of 2017 and the release of his book Barking to the Choir: The Power of Radical Kinship, Boyle had presided at the funerals of 220 gang members, most of whom had died… Read more » 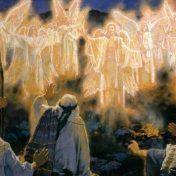 Tennessee Williams’ most famous play, A Streetcar Named Desire, debuted on Broadway in 1947. A journalist who was able to find his way backstage asked one of the performers how he would summarize the play.  The actor replied, “It’s about a guy who comes to take a woman to an insane asylum.”  The fellow who talked to the journalist just… Read more » 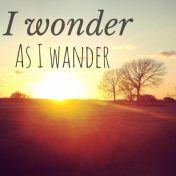 During the heart of the Depression, American folklorist John Jacob Niles was sampling original music of Appalachian hill folk. While passing through the rustic town of Murphy, North Carolina, in July 1933, Niles paused to attend a revivalist rally. The Morgan family, traveling revivalists, had been in town for a few days.  They had no money and no place to… Read more » 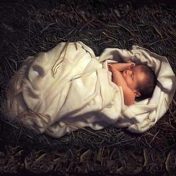 In an 1883 collection of Christmas carols, Away in a Manger was called “Luther’s Cradle Hymn.”  This note followed:  “Composed by Martin Luther for his children and still sung by German mothers to their little ones.” Nice try. Today we know that James Murray of Cincinnati composed the tune in the late 1800s.  No one has positively identified the author of the lullaby… Read more »