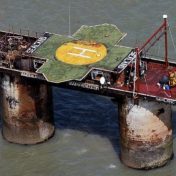 To listen to this reflection as a podcast, click here. The Principality of Sealand claims to be the smallest independent nation in the world. It isn’t much to look at.  It’s made of concrete and steel and is entirely contained in the photo above. Sealand occupies Roughs Tower, one of many “sea forts” that the British constructed during World War II.  Roughs Tower was… Read more » 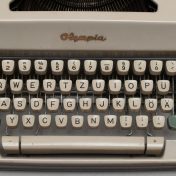 To listen to this reflection as a podcast, click here. When it comes to new technology, I’m not what you might call an early adopter. About 30 years ago the church that I was serving invested heavily in a new computer system.  It was time to say goodbye to our typewriters.  I resisted. After all, I could out-type anyone on the staff.  My mom, a… Read more » 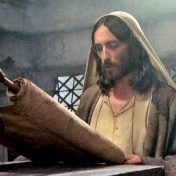 To listen to this reflection as a podcast, click here. One of the boys who lived directly across the street from my childhood home yearned to find God.  So where did he go to undertake such a life-changing search?  He went where all the other Midwestern Baby Boomers went to pursue their spiritual quests: Colorado.  If something big was going to happen, it… Read more » 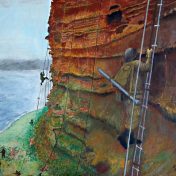 On June 6, 1944 – D-Day – Allied forces stormed the beaches of Normandy, France, to begin the liberation of Europe from Hitler’s Third Reich. The beaches were not created equal.  Pointe du Hoc is an imposing limestone bluff between the Omaha and Utah landing sites.  Atop its 100-foot cliffs, the Germans installed guns that were capable of lobbing shells into Allied… Read more » 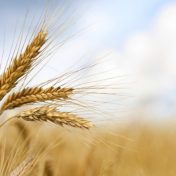 Throughout Lent, we’re exploring the parables of Jesus – the two dozen or so stories that were his chief means of describing the reality of God’s rule on earth.  When Carole King sang “I feel the earth move under my feet” back in 1971, she was half right. Earth’s crust is certainly moving.  But it’s plugging along so slowly that… Read more » 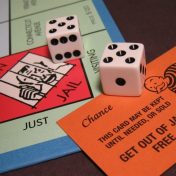 In 1967, when FBI agents closed in on James Robert Ringrose, one of America’s 10 Most Wanted criminals, he was ready. He presented them with a Get Out of Jail Free card from a Monopoly game.  Nice try.  But that’s not how it works.  Monopoly fans are well-acquainted with the orange card from the Chance pile and the yellow card… Read more »