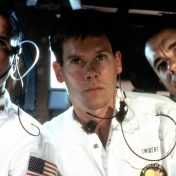 Observers agree that Hollywood depictions of the NASA space program are frequently off the mark when it comes to historical accuracy.     Apollo 13 is an exception.  Director Ron Howard’s 1995 account of America’s ill-fated third attempt to reach the moon not only received a Best Picture nomination, but is generally praised for getting things right. Approximately 56 hours into… Read more »