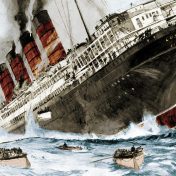 On May 7, 1915, some nine months after the start of World War I, a German U-boat torpedoed the passenger liner Lusitania as it sailed in neutral waters off the southern coast of Ireland. The ship vanished in just 18 minutes.  Nearly 1,200 passengers died.  A third of the victims were women and children, and 128 of those who were… Read more » 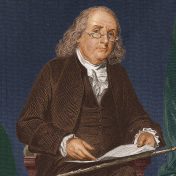 Benjamin Franklin was savagely denounced by a fellow member of the Pennsylvania legislature in the mid-1700’s.  His antagonist, who apparently enjoyed talking about him, had never even bothered to talk to him.  Franklin promptly initiated a response.  He had all kinds of weapons at his disposal.  A master of linguistic cleverness, he could have nailed his adversary with a few Twitter-length putdowns.  An… Read more »