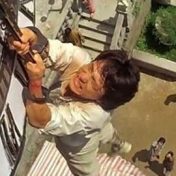 Jackie Chan is famous for doing his own stunts. The Hong Kong native, whose six-decades-long career has included more than 150 movies, was considered the heir apparent to Bruce Lee when the legendary Kung Fu master died at the height of his fame in 1973.  Film studios expected that Chan’s own brilliance would quickly transform him into a star.   … Read more »