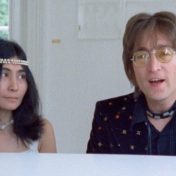 Critics called it the most expensive home movie ever made. In order to promote the release of his new album, John Lennon and wife Yoko Ono collaborated in 1971 on the filming of an 81-minute “rockumentary.”  The film opens with John and Yoko strolling through a bank of fog enveloping their wooded estate in Tittenhurst Park, an hour’s drive west… Read more »