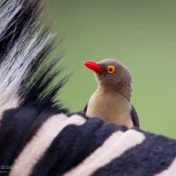 In 1995, the late Walt Wangerin Jr. was traveling in the west African nation of Cameroon. He came upon an appalling sight:  Two black birds were perched atop a donkey, pecking at an open wound.  The African driver of his car, sickened by the scene, said aloud that he wished he had a gun so he could put the poor… Read more »