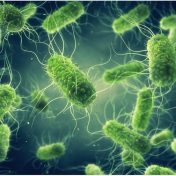 Less than 200 years ago, few people suspected that we live in a world saturated with microorganisms. A handful of scientists, led by Louis Pasteur in the 1860s, had begun to discern the connection between tiny creatures and certain human diseases.  But no one could have imagined that the average human body is home to hordes of bacteria, viruses, fungi,… Read more »