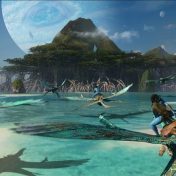 Fans of the highest-grossing movie of all time will have to wait just a little bit longer for a sequel.  The 2009 blockbuster Avatar has grossed almost $2.9 billion worldwide.  Director James Cameron originally planned to release the second installment of his science fiction masterpiece in 2015.  Then came production delays, along with extended waits for moviemaking technology to catch… Read more »