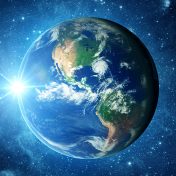 The opening decades of the 21st century may well become known as the time astronomers bade farewell to one beloved planet and said hello to thousands of others. Pluto lost its place at the grownups table in our solar system back in 2006.    Even though “the little planet that could” was cherished by myriads of amateur sky-watchers – especially… Read more »