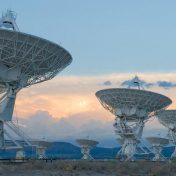 Two summers ago more than two million people signed a petition. They intended to storm Nevada’s ultra-secretive Area 51 so they could, in the words of one signee, “see them aliens.”  Conspiracy theorists have long held that the American government is hiding evidence that extraterrestrials have visited Earth – and that we even have a few bona fide E.T.’s under… Read more » 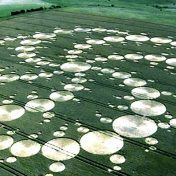 The first one mysteriously appeared in a field in southern England in September 1976. Observers were amazed.  What had produced the enormous “crop circle” thatseemed to come from nowhere?  More circles followed.  Soon the English countryside was dotted with increasingly elaborate geometric designs and symbols, all sculpted in fields of wheat, barley, and corn.  Then the phenomenon went global.  At… Read more »