McDonald’s is amazing.  The chain with the golden arches has been presenting itself as the world’s greatest happiness provider for almost 80 years now. The original McDonald’s restaurant – owned by brothers Dick and “Mac” McDonald – opened in San Bernardino, California.  The brothers originally sold hot dogs.  When they switched to burgers, fries, and shakes (and pieces of pie),… Read more » 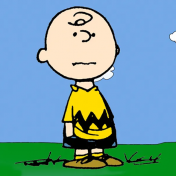 Throughout July we’re taking an in-depth look at Proverbs, the Bible’s one-of-a-kind book about our never-ending need for wisdom. Charles M. Schulz never hid the fact that his most famous cartoon creation was really a depiction of himself. Charlie Brown is a boy with a big ego (as represented by his huge head) who experiences life as incurably disappointing and… Read more » 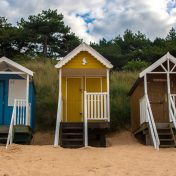 Did you hear about the man who was stranded all by himself on an island, much like Tom Hanks in Cast Away? He lived alone for 10 years. Then one day, miraculously, he was spotted by a passing boat.  His rescuers were curious about the three huts he had built on the beach. “The first one is my house,” he… Read more »